Set in a sparsely decorated kitchen, this intimate one-man show starring Jon Kenny ( D'Unbelievables) feels like a window into the soul of a lonely bachelor, Dan. A crow-hating man who noisily tries to shoo the blighted birds away, Dan measures out his life by the amount of funerals he has to attend every week. They are social occasions with the added bonus of refreshments.
Dan, who vacillates between high comedy by mimicking TV celebrity chefs; and pathetic admissions, including attending Mass just to connect with another human by shaking hands, is a master at distraction, But one day, hearing a death announcement on the radio. his world is shattered.
Kenny is brilliant in the role , conveying the gamut of emotions. Katie Holly's script is strong, conjuring up a life of quiet desperation.

Jon Kenny gave a masterclass in characterisation and physical acting in Crowman by Katie Holly of Blinder Films. He played a blinder as lonely, middle-aged, Dan, with an unseen dog for company. Dan is lost, like a little boy who never grew up, despite doing his best to do so. He is a volatile mix of regret and depression, going from funeral to funeral for food at the afters. He is no lover of Duck Spring Rolls in a world where salad is an insult to the living.

The audience at the Watergate Theatre Kilkenny rose to the occasion and roared with laughter at the antics of the characters that Kenny 'materialised' as his physical presence changed with his voice. Then there were the awkward pauses, the onset of despair and his hatred of crows whom he feels menaced him. The shock of memories set his life back into a ritual of daily shopping, reading death notices, remembering his parents, a dead brother, and a dead friend who danced with him, once. He achieved these 'transitions' seamlessly, and there was such poignancy, as he softly sang 'Are You Lonesome Tonight' or danced so lightly on his feet, into a blue spotlight of 'what might have been'. A mighty performance of an eighty-minute play with an interval.

The standing ovation was heartfelt and well deserved.

Jon Kenny will bring this play to the Theatre Royal, Saturday 31st August," 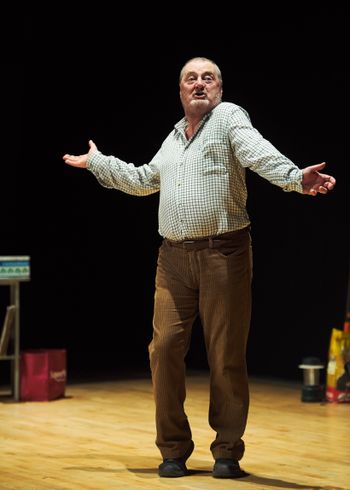 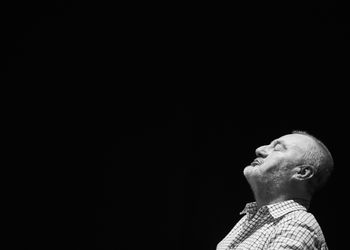 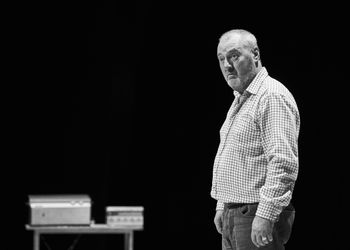 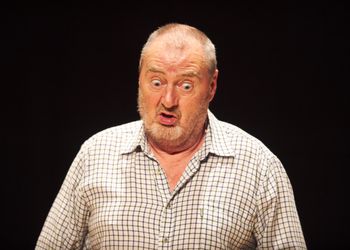 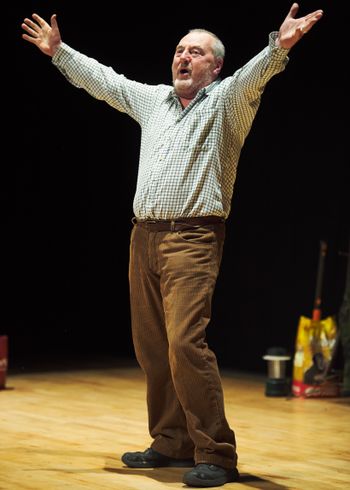 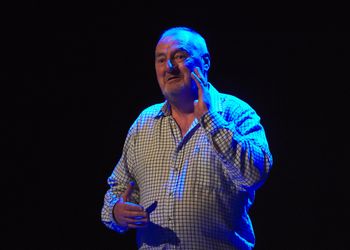 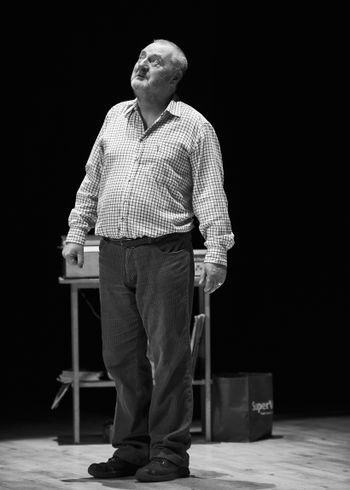 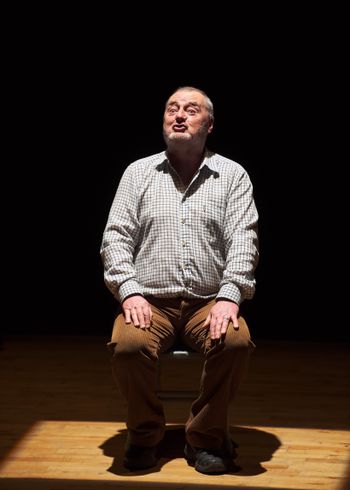 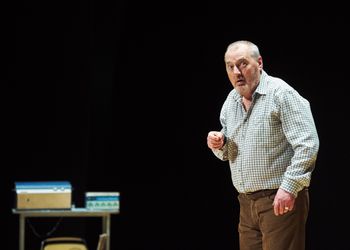 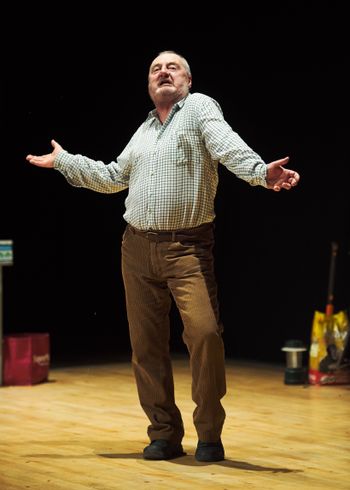 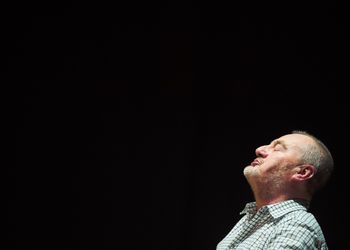 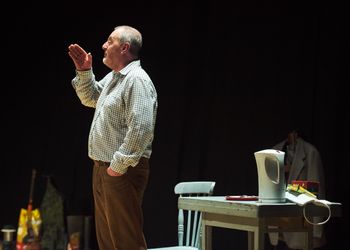